Frankfurt (a. M.) is the largest city in Hesse and the 5th largest city in Germany. Situated on the River Main (“ford” engl.),  Frankfurt is the largest financial centre in continental Europe and it is the home of a number of major banks and brokerages. Most of these banks are situated in skyscrapers and contain the two tallest skyscrapers in the European Union, the Commerzbank Tower and Messeturm.

The Römer (“Roman” engl.) is a set of three buildings located in the Römerberg and it was the city hall of Frankfurt for 600 years.

The famous old opera house (Alte Oper) was built in 1880 by the architect Richard Lucae and the building was one of the major opera houses in Germany until it was heavily damaged in World War II. Until the late 1970s it was a ruin, with the nickname: “Germany’s Most Beautiful Ruin”. The public pressure resulted in a fully reconstructed and reopened Opera in 1981. The inscription on the frieze says: “Dem Wahren, Schönen, Guten” (“To the true, the beautiful, the good”).

The IG Farbenhaus (IG Farben Building) was built from 1928 to 1930 as the headquarters for the german chemical industry conglomerate and was the largest office building in Europe and remained so until the 1950s. After World War II, the IG Farben Building served as the headquarters for the Allied Command and was returned to the German government in 1995. Today, the complex houses the Westend Campus of the University of Frankfurt, which includes the departments of Philosophy, History, Theology, Art and Music, Modern Languages and Linguistics, Cultural and Civilization Studies, the Center for North American Studies and the Fritz-Bauer-Institute.

These photos were taken in Groß-Umstadt (Hesse, Germany) in the city church.  Groß-Umstadt is near Darmstadt and Frankfurt (Main) and at the northern border of the Odenwald.

Back
December 12, 2010 Heike Comments Off on Church in Groß-Umstadt Germany Cathedral, Germany, Hesse

The photo was taken in Groß-Umstadt (Hesse) behind the city church.  Groß-Umstadt is near Darmstadt and Frankfurt (Main) and at the northern border of the Odenwald. 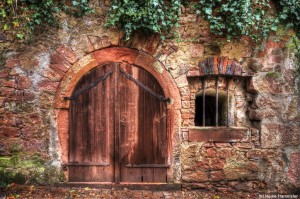 The photo was taken in a small backyard in Groß-Umstadt (Hesse), Germany. Groß-Umstadt is near Darmstadt and Frankfurt (Main) and at the northern border of the Odenwald. 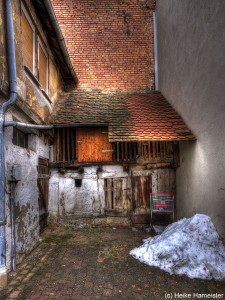 The Staatstheater was found in the year 1972, when the new building was finished at the Georg-Büchner-Platz and was renovated in the years 2002 – 2006.

These photos were taken after a very snowy day in Darmstadt (Hesse), Germany.

The artists’ colony “Mathildenhöhe” was founded in 1899 by Ernest Ludwig, Grand Duke of Hesse and the first exhibition of the artists’ colony took place in 1901. Ernest Ludwig motto was: “My Hesse should flourish, and the art in Hesse too” and he brought together several artists of the Art Nouveau (Jugendstil) in Darmstadt: Peter Behrens, Hans Christiansen, Ludwig Habich and Joseph Maria Olbrich.

Back
December 7, 2010 Heike Comments Off on Orchids Flowers Flowers
Up